The Sandbox is the second biggest metaverse blockchain project — only behind Decentraland. But, the project's biggest competition is mostly outside of Web3.

More traditional Web2 metaverse products like Roblox, Fortnite, and Minecraft are way ahead of The Sandbox on the path to mass adoption. So, does the Web3 project Sandbox have what it takes to be the future of the metaverse? Let’s find out where it shines and where it lacks.

It goes without saying, in order for your metaverse to truly be THE metaverse, you need a big player base.

Matthew Warneford, CEO of gaming studio Dubit — who recently created a metaverse world for Nickelodeon — said, "Displacing Roblox, Fortnite and Minecraft won't be easy. Roblox has had 15 years of a flywheel effect where it has attracted players, who spend in-game, which attracts creators and developers, who build experiences that attract more players, who spend... You catch my drift. This is what Fortnite is looking to replicate with its user-generated creative mode. They also have loyalty and brand affinity that is hard to replicate overnight."

However, maybe we're looking too closely at the present. Sure, Sandbox is far behind its Web2 competitors but in the future, the far future, it could catch up to them. What factors will help bring attention to the Web3 metaverse?

One great way to force eyes onto your product is by getting brands involved.

This is an area that The Sandbox is thriving in. The project has seen over 200 partnerships with the likes of Gucci, Warner Music Group, Snoop Dogg, Adidas, Care Bears, and Atari. Arguably, Sandbox has been doing better than its Web3 counterpart, Decentraland, in this space — even with Decentraland's partnerships with Samsung, Dolce & Gabbana, and Tommy Hilfiger.

Despite the Sandbox's (and Decentraland's) best efforts, they still pale in comparison to Fortnite's culture-shifting brand partnerships. Remember when Fortnite partnered with Marvel to create a Thanos game mode? That game spread through schools, universities, and workplaces. How about the metaverse music event with Travis Scott? Over 12.3 million players watched that live, an all-time record for in-game events. Fortnite doesn't just partner with brands for fun or money — they partner with them to shake the culture. Even people who don’t play the game know about these partnerships.

Of course, Sandbox has a long way before they're pulling in numbers like this. But, relative to its size, you can still consider Sandbox’s brand partnerships a success. Sure, they haven't shaken the culture outside of Web3 but they have allowed brands to add value to their metaverse — just like the Travis and Marvel collaborations did for Fortnite.

This factor splits audiences. On one hand, Sandbox's graphics clearly aren't the best. We live in an age where we're seeing the line between computer-generated graphics and real footage shrink thinner and thinner. A truly immersive metaverse would benefit from hyper-realistic graphics.

However, not everyone agrees with this conclusion. The "bad graphics" may actually be a strength.

"The voxel art style is well known and popular with tens of millions of users, thanks to the likes of Roblox and Minecraft." Core Contributor at Infinite Arcade, Şekip Can Gökalp, said, "The pragmatic benefit of this style is that it’s a way to enable diverse user-generated content to be created on the platform without the need for lots of coding."

In our current iteration of technology, it can be argued that a less intense graphic style is needed. For metaverses to succeed, they have to have a low barrier for entry (a system able to run it) as well as enable the community to easily create within the metaverse. But will we ever see a metaverse with the graphics of a AAA game?

"Yes, but it will take time. The extreme hype cycle of 2021 helped the industry get mainstream attraction which also led to unrealistic expectations." Gökalp said, "A Fortnite-like game takes years to ship and even more time to get right. Remember that Fortnite Battle Royale spawned out of a game called Save the World, and Fortnite’s sandbox mode followed later."

The success of a metaverse often lies in customization. The Web2 examples we've given have thrived due to their sandbox, ultra-customizable nature. The Sandbox is no different — hence the name.

The Sandbox game maker is newbie-friendly while giving room for experts to excel. It is more customizable than the base Minecraft creative mode (although mods can make this easier). The game maker is the best compared to Roblox which has a similar layout.

As for avatar customization, this is where you jump on VoxEdit. The level of customization that it allows is super impressive.

VoxEdit allows you to select the head, torso, legs, etc. then customize them pixel by pixel. Sounds like too much effort? You can also import other people's characters or assets to take on as your own.

This is seriously ahead of Decentraland's avatar customization which is more like a Sims game than intense character creation. You can even argue it's better than Minecraft's skin creator, as you have to leave the official game to make the skins.

Once you've created your avatar on VoxEdit, it'll be minted into an NFT, and you can then sell it on The Sandbox marketplace. NFT avatar collections such as the Snoop Dogg collaboration are also released on the Sandbox metaverse. This is where Web3 elements really start to shine in the metaverse. In The Sandbox, you truly own your in-game character and it can become your true identity.

Are we safe in The Sandbox?

As silly as it may sound, the metaverse can be a dangerous place. Cyberbullying is the first thing that comes to mind but in a world where people are shielded by anonymous avatars — you also risk underage gambling, and sexual assault.

The Sandbox has noticed this risk and so, hired Webhelp to create a safe metaverse environment. The organization will put moderators and community engagement professionals into the game in order to safeguard players. They are also looking to help brands transition into the game, considering the safety issues they may face along the way.

“With many complex interactions happening simultaneously in The Sandbox, it’s really important that our community see and feel the presence of our teams and ambassadors on the platform,” said Sebastien Borget, COO and Co-Founder of The Sandbox. “Providing support to our players and creators is key to our offering, and we’re pleased Webhelp shares our vision for the metaverse as a safe space for users to connect with entertainment, gaming, and user-generated content."

The metaverse is meant to be an online utopia for people to let loose. If your safety is at risk in these spaces, they'll become a lot less attractive to the wider public.

Sandbox's partnership with Webhelp is a step in the right direction.

Does the metaverse have to be Web3?

Throughout this piece, we've compared The Sandbox to other metaverse projects. Sure, it's doing well against its Web3 counterpart, Decentraland, but it is pretty insignificant compared to its Web2 competition. So, why are we even bothering with this whole Web3 stuff?

Besides, Web3 elements add friction for users to access the platform. You don't need to completely understand how crypto works but the barrier for entry is definitely higher than for a Roblox account.

However, bringing in Web3 elements helps bolster the community economy these platforms have. As we've previously mentioned, in The Sandbox, you can create NFTs to sell to other users. This encourages users to spend time creating assets for the game both pushing the metaverse further into its evolution and helping the creator reap rewards for this effort. A Web3 metaverse allows for a streamlined creator economy within its game.

Roblox has got itself into some heat due to the way they pay its community creators. This drama is outside the scope of this piece but if you want to know more, watch the video below by People Make Games.

And really, it depends on how far we are looking into the future. If decentralized identities become the norm in online spaces then the metaverse has to be Web3. I might even go as far as to say: All things online will require Web3 elements. 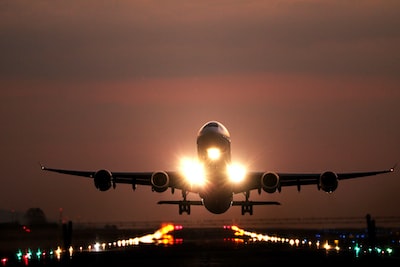 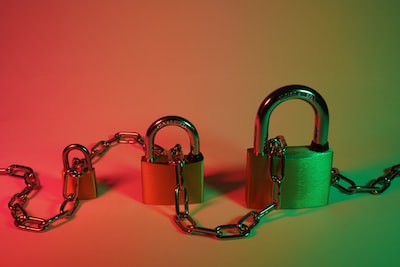 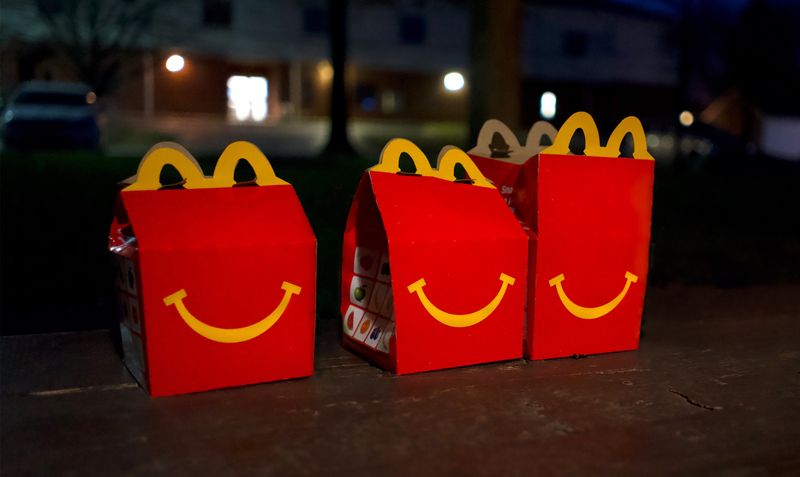 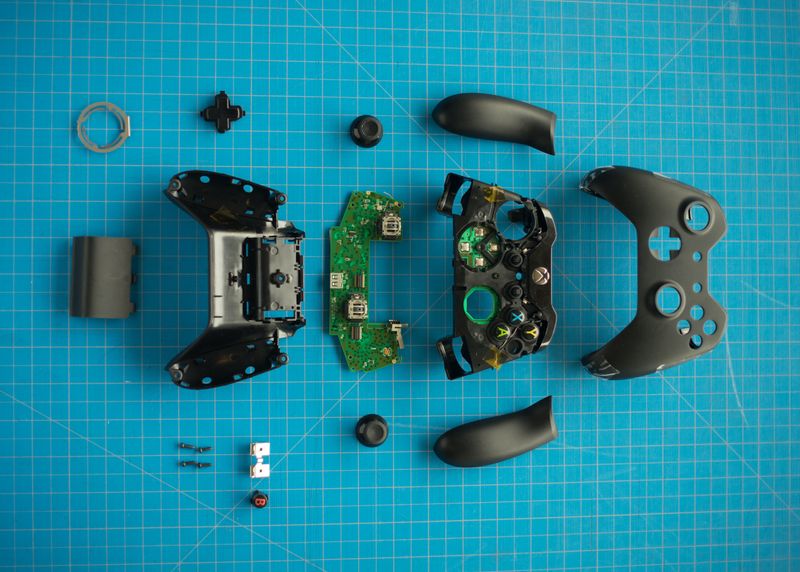 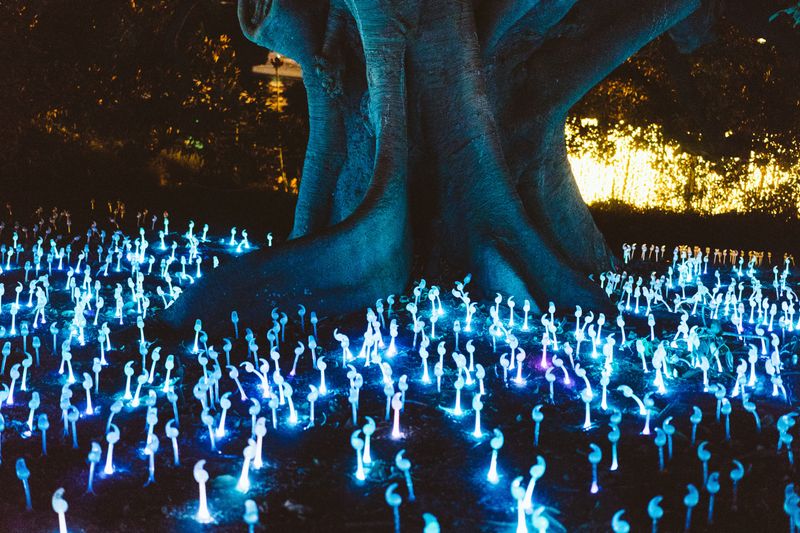 No single person or company should own the metaverse