Are we going to make it?

Let’s talk about "maxis". Crypto Maxis are basically super fans of a protocol — in this case, LINK. Being a maxi simply means they think their favorite crypto will play a fundamental role in the mass adoption of crypto. Enter the battles between blockchains that want to be known as the "main chain" for cryptocurrency transactions.

One advantage of being a Chainlink Maxi is that you're not really competing against other cryptocurrencies. For instance, if you dive into the Cardano maxi world you'll find a Layer 1 war against Solana or Ethereum. But, as an oracle protocol, Chainlink is uniquely positioned —  it can benefit from any project succeeding because it has partnered with most of the major ones.

Chainlink maxis gather in their thousands on Twitter to discuss the future of LINK and the blockchain world. I spoke to some of them to hash out what this title means and what makes them so bullish on the project.

What does being a Chainlink maxi actually mean?

For Twitter user Chainlink Red Pill (CRP), being a Chainlink maxi completely dictates the way they interact with the DeFi ecosystem.

CRP told me, "I only use DeFi that utilizes Chainlink. Most of DeFi wouldn't even exist without Chainlink price feeds. Being a Chainlink 'maxi' is out of self preservation." They went on to explain that Chainlink has the highest level of security in the oracle space, therefore the protocol will only interact with safe protocols. "This is why you see many of us defend the protocol so fervently on Twitter. We actually want something dependable that can accelerate the entire crypto ecosystem." they added.

This is the sentiment among a lot of Chainlink maxis — for the blockchain to really thrive it needs an oracle. If that oracle isn't completely secure, the information coming in could be tampered with then everything is going to go wrong.

As ChainlinkHub so eloquently put it, "most of these smart contracts aren't smart until they use an oracle. And, Chainlink is by far the best oracle out there."

Does The Maxi Title Extend To Family?

However, a common mistake that maxis of all kinds make is getting family involved. ChainlinkHub got friends and family involved, they were happy when the price hit $50 but gave him a hard time once it crashed down to $8.

Chief Chainlink tries to keep friends out of it and hasn't spoken about it with friends since the price hit $2 (those friends have since sold). Having a wife as a maxi is a whole other predicament — sure you want to YOLO your whole life savings into LINK but you have someone else relying on you.

"My wife asks me about it occasionally and I'll tell her how it's going. She doesn't understand but has faith that this is a good investment." Chief told me, "The last year has been painful. I barely sold any Chainlink from top to bottom."

This is another mistake that many maxis fall for. Please be sure to take profits even if you're the most bullish bull of them all (especially if it isn’t your money).

Some maxis like to call themselves the LINK Marines — you can find a wall of fame here. They're on the front lines fighting the Chain link FUD and aiding those who need help.

One of the most notable LINK Marines, The Modern Society, described the group as "culture meets intelligence". What they mean by this is that the community is able to carry out "outstanding" research while communicating it behind the veil of memes.

The Modern Society describes the group as educated, diverse, and unemotional. People from all walks of life are able to sit around a metaphorical round table to logically discuss the state of the world.

They told me, "I've found that some of these individuals can be grouped together to create a better analysis/research team than most teams in offices, institutions, and wall street."

When I asked them why LINK has attracted such a community, I got an answer I didn't expect.

"I actually think it's quite spiritual. We find ourselves in the time of pisces. Which is associated with a lot of lust, a lot of control, a lot of manipulation — it's sort of this evil mystic time. But right now, we're at the point where we're starting to switch to the age of Aquarius which is a time for enlightenment, equality, and inclusion. I think that mirrors what this technology does." They told me, "I think some of that is what sinks into the LINK Marine people but, at the same time, I can't speak for all of them. It's possible that this community has formed due to something bigger than we're quite aware of."

Now we've got a grasp of what the community means, let's take a look at why they're so bullish on the project.

A lot of maxis are bullish because of the institutional connections that the project has and can grow.

When they first entered the space, Chainlink Hub would frequently watch GreenSockMonkey's videos which shared info about institutional interest in Chainlink with a few memes sprinkled in there.

The Modern Society was similarly interested in institutional players entering the market after becoming disinterested in blockchain technology in 2016.

"I wouldn't consider myself a retail investor, institutional is where my real interest lies. Chainlink was the first to cater to that, for me," the Modern Society told me.

They point to being able to not reveal all company secrets on the blockchain through DECO (a toolkit that allows you to hide certain information on the blockchain). This allows for companies to confidently dive into the blockchain world without revealing their secret recipe for the Big Mac sauce.

Partnerships with institutions and big clients didn’t slow down and those maxis who invested for these reasons grew more and more confident in their conclusions.

"Some early dream partnerships have since 2017 become quite public." The Modern Society told me, "this has only resulted in me acquiring more and more of these tokens."

These dream partnerships include SWIFT, Google, and The World Economic Forum. Not bad company to be in, I guess.

Confidence in the LINK team

To invest in a project, you have to be confident in the team behind it. While some believe that the founder, Sergey Nazarov, is actually Satoshi Nakamoto, others simply just respect their professionalism and approach in the space.

"I think what Chainlink does a really good job of is that they are building a very robust team with people from various backgrounds, and not getting hung up on this sort of legacy filter of: do you or do you not qualify?" The Modern Society said, "Instead, they gather the best and brightest minds from around the world, assemble them at a roundtable, then work together in harmony to achieve what we want to achieve."

This group has built a clean reputation and great track record. You very rarely see Chainlink in headlines or crypto twitter tying them to any dramas. This is something that maxis find comfort in.

As previously mentioned, the Chainlink protocol is known for being secure. This really is the foundation for the project to work.

Imagine a world where all the data being fed into the main Ethereum blockchain (which has a shit ton of transactions) can easily be hacked and changed. That’s the catastrophe that would happen if Chainlink was hacked. However, the only major Chainlink hack that you can find on Google is a KuCoin hack. This wasn't even Chainlink's fault. Oh wait, there’s another one — an Ethereum gas fee exploit of which I’m not too sure who (if anyone) to blame.

This is in contrast to other oracles on the market. Such as Keep3r oracle which was hacked resulting in the loss of $15 million in April of this year.

By nature, Chainlink has a lack of competition. It is not competing with Layer 1, 2 or 3 projects. Instead, it's competing with other oracle projects and, as we've already covered, LINK is already, by far, the best in this space.

This means they have the unique opportunity to partner with other huge crypto projects on Ethereum, Cardano, and more. They do not need to fight any wars.

"Chainlink works with any blockchain whether it's public or private. It doesn't matter what blockchain becomes dominant for smart contracts in the future because Chainlink will work with it." Chainlink Red Pill told me, "Chainlink is trying to accelerate adoption for the entire space. All the decentralized services that Chainlink offers are there so devs can build out the best version of Web3 that we can imagine. We're unironically all in this together."

The Modern Society takes this line of thinking one step further. Many in the crypto space are vocal about disrupting the financial system — they scream and flip the bird to banks and institutions but The Modern Society sees this as the wrong approach.

"I think that's one of the most ridiculous, stupid, and naive things that you could ever do." He told me, "That's never been Chainlink's approach. It's always focused on using this technology to upgrade systems to make them more efficient. You don't need to completely redo your infrastructure, we can work with your pre-existing infrastructures and upgrade those things."

What is the end goal for Chainlink?

If you're a maxi, you've got to be confident the project has a bright future, right? Chainlink maxis embody that and believe that blockchain is the future, we will see crypto mass adoption, and that Chainlink will be at the center of that.

Chief Chainlink told me, "I think the basic assumption most Link Marines are under [is] that the end game for crypto is a world of everything around us connected digitally and Chainlink appears to be the one project most focused on making those connections."

All of them echo that "we are so early". We are far from the reality of every protocol, institution, and individual using the oracle in everyday life.

The Modern Society predicts that Chainlink has the ability to reshuffle society, "[Chainlink has the ability] to take us out of this legacy pyramid structure of society that we have today, and begin to actually bring that into more of a round table, while making it more beneficial, and more profitable. [...] if I were to say it in one sentence, what the endgame for Chainlink is, I think it's actually to make the world a better place."

However, not all maxis are so confident in a modern utopia. Chief Chainlink thinks the future of the world might not be necessarily positive for humanity. Predicting that many will lose jobs to smart contracts.

Whether the future is bright or not, LINK maxis predict the integration of Chainlink into everyday life to be seamless. The technology will be used by everyone, without anyone realizing. But the marines will know. They'll sit back, put their feet up on their lambos, and chuckle as they see Chainlink run the world — if it is for the benefit of humanity is still to be seen. 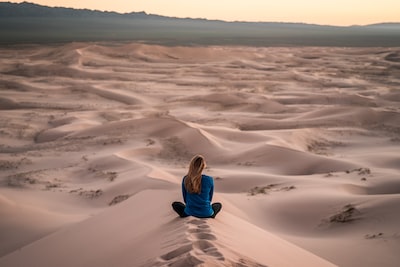 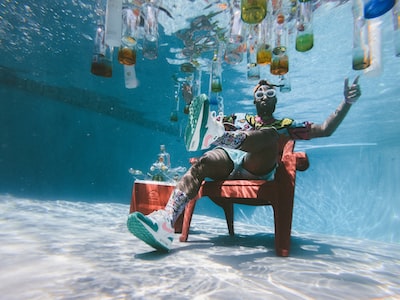 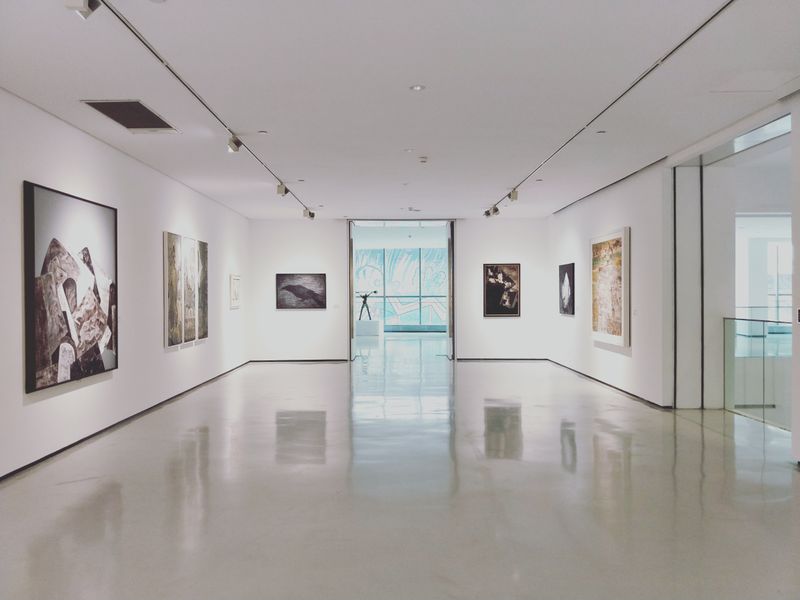