Last time Lipsa Das was here, she gave us the 411 on stablecoins. Today she elucidates the process of staking cryptocurrencies.

With over $100 billion in total value currently staked in DeFi protocols (on ethereum alone), crypto staking has seen an exponential rise. With good reason, too  — there are protocols offering over 13% (SNX), 100% (AXS), and 6000% (OHM) returns on crypto tokens! Platforms like Celsius offer a 10% interest rate on even stablecoins such as USDT. If you choose the right token and protocol at the right time, your bank's "high yield" savings account will look like a total joke.

Now, I know — most of us who are used to traditional finance would be quite shocked at these numbers. I mean, 20-30% returns in a year is phenomenal in the stock market, right? How can these protocols offer such high returns and are they actually sustainable? Oh well, welcome to DeFi.

Let's go down the rabbit hole (in more ways than one) and break down how protocols can achieve these insanely good returns. Let's first start with the basics.

What does it actually mean to "stake crypto"?

Staking a cryptocurrency, in the context of decentralized finance, refers to locking up your funds in a smart contract governed by the protocol. Just as banks offer interest for depositing your money with them, staking cryptocurrency pays out interest on your holdings (in the native token that you've staked).

Even though your coins are technically gone from your wallet during staking, you still own them and can unstake them anytime. However, staking arrangements are usually not as "liquid" as bank accounts. Unstaking, especially on proof-of-stake blockchains, has a time delay of 0 to 7 days. During that period, you won't be able to perform any action with the staked cryptocurrency, such as selling or trading it. When you're trying to out-trade a bear market the unstaking period can be painfully slow, which is potentially a significant drawback.

However, if you believe in a project and plan to hold the asset long-term, staking your crypto is a great choice. It helps you accumulate and grow your bag without investing more money.

To understand how staking gives you rewards, first understand the proof-of-stake (PoS) consensus that most second- and third-generation blockchains use.

In contrast to energy-intensive blockchains like Bitcoin (I'm sure Elon Musk has educated you about why that's bad for the environment), PoS blockchains use staking to process and validate transactions on their network. Participants can either lock up their funds directly by becoming a validator, or delegate their funds to a validator who can participate in the staking process.

The network chooses one validator at random based on different parameters specific to that blockchain to process transactions while other nodes double-check it. Once the transaction is confirmed, the validator gets the block reward in the form of tokens. These rewards are then distributed between validators and delegators.

The second type of staking involves locking up tokens on centralized or decentralized exchanges. Instead of securing a proof-of-stake blockchain, this type of staking earns rewards through network activities, providing liquidity between two token pairs, lending, and/or yield farming. The duration of the stake can vary between a fixed period, typically ranging between 30, 60, or 90 days, or in some cases, no lock-in period at all.

Now, let's talk about why crypto staking is a great feature for projects. What do they really get by offering you more tokens?

How does crypto staking help projects?

For blockchains that use the PoS consensus mechanism, stakers help the network run smoothly. If there are more stakers participating in the network, it helps the project be more decentralized and thus, secure. The network incentivizes good players who verify transactions correctly and punishes those nodes that do not.

Staking allows people to participate in network activities. More stakers signal larger adoption and a strong, healthy project ecosystem. For instance, launchpads like Seedify and Avalaunch allow you to participate in IDOs for holding and staking their native utility tokens. Similarly, staking DOT on its auction website allows you to support DOT projects in getting a parachain slot.

From an economical standpoint, if there are enough people staking on a network, there can be a potential supply shock. This situation occurs when there are fewer tokens in circulation and higher demand, thus causing the price to go up.

To drive this demand, most projects usually have lucrative staking rewards and incentives for long-term stakers. Some projects even take it as far as "punishing" people who unstake by having a "sell tax" of 2-10% which is distributed among the stakers.

Lending protocols operate on a locked staking model. Depositors lock up their funds with the protocol, which the platform uses to provide loans, very similar to how a bank works but without any intermediaries.

The staking rewards come from the interest paid by borrowers. Since crypto is in the nascent phases and doesn't have access to traditional financing options, the demand for stablecoins and general crypto liquidity is high. Therefore, these protocols are able to demand a much higher rate than traditional banks and distribute it among the users that provide the capital they are lending.

Liquidity provision refers to depositing two tokens in an equal proportion and facilitating the trade between them on exchanges. The rewards come from the trading fees of the pair you're providing liquidity for.

On the other hand, liquidity mining or yield farming is the riskier version of liquidity provision. Here, you are locking up your funds but are required to switch between different protocols depending on the APY provided by each. The goal is to choose and change liquidity pools to maximize your returns either manually or automatically. The rewards come from a mix of liquidity provision and additional tokens given by the decentralized application being used.

Although liquidity provision and yield farming are highly lucrative, their rewards are not nearly as stable as the rewards from staking on a proof-of-stake blockchain.

OlympusDAO is a DeFi protocol that aims to build a decentralized reserve currency that is not pegged to fiat currencies. Instead, they use a basket of assets such as stablecoins (DAI, FRAX etc) and ETH and the OHM price is backed by the value of these assets in its treasury.

Launched just over half a year ago in April 2020, OHM has already built a thriving community and a $770M treasury. That's not the market cap or the investments made in OHM, that's just how much excess money they have to pay out stakers or use to further grow the project.

OHM achieved this by funding its treasury through a unique concept called bonds. You can deposit supported cryptocurrencies or LP tokens to buy OHM at a discount to the current market price. As it costs the protocol only 1 DAI to mint 1 OHM and OHM typically trades at a much higher premium, the excess profits are used to build up the treasury.

Although at first glance, this entire concept might seem like a Ponzi scheme (I'll admit I had my doubts), the way it works is quite fascinating. Let me explain.

For a token to be tradable, there needs to be liquidity between the token you're trying to sell and the token you’re trying to buy. Usually, decentralized exchanges rent this liquidity from people called yield farmers who supply both these tokens to the exchange and are given a portion of the trading fees in return.

However, Olympus DAO owns almost 100% of its liquidity due to the bonding mechanism that I just explained. Thus, they don't really need yield farmers and those rewards can instead be distributed to people who stake their funds for the treasury. They also provide liquidity as a service through their treasury.

With over 6000% returns in a year due to the magic of compounding interest, OHM has attracted a slew of users with community members proudly displaying the OHM badge of honor (3,3) on Crypto Twitter.

Following OHM's success, DAOs have become the next hottest narrative of crypto. (Deja vu is natural if you've been around for a few years.) Thus, we've seen many many OHM forks on multiple other blockchains. Some are carbon copies, and some differentiate themselves by making small tweaks to OHM's core functionality. However, at this time, it seems to be a competition between who can offer the highest interest on their tokens. Let's talk about the differentiators.

Remember I told you about going down the rabbit hole? An Olympus fork and its leading competitor, Wonderland (TIME) has definitely done it with its magic-themed ecosystem on the AVAX blockchain and a 70,000%+ APY. TIME’s founder Daniele Sesta has many DeFi projects such as Abracadabra.money, Popsicle Finance, Spell, and so on, with plans of integrating a gaming metaverse.

Some OHM forks have very specific use cases, such as Klima DAO whose treasury consists of carbon credits with the aim of impacting the environment positively. Similarly, Rome DAO aims to build a gamified governance protocol with houses and campaigns and a decentralized currency.

Here's a breakdown of the current APY numbers for notable Olympus DAO forks:

Would you believe those numbers are not even the highest that I've seen? Feast your eyes on this:

The number doesn't even fit my laptop screen. I can't make this stuff up! Feels ruggable.

Let's talk about the elephant in the room — the inherent risks of DeFi staking.

While the risk of the project getting "rugged" (i.e the developers leave you hanging, sometimes quite literally) is always there for smaller projects, the biggest risk for established DeFi projects is on-chain smart contract security.

Since thousands of dollars are locked in DeFi staking protocols, the incentive for a hacker to find a vulnerability or bug in the code is high. Hackers can then use these exploits to effectively drain a contract of all or part of its funds. This would result in you losing your staked assets completely.

For instance, OHM recently suffered a contract breach where the user bought $1.4 million worth of OHM by just paying $50k. Similarly, liquidity pool provider MonoX lost $31million of customer deposited funds through a hack in their smart contract. This is the reason exchanges like Binance have a big flashy warning when you try to stake using their "DeFi staking" offering.

Also, DeFi coins are inherently volatile since they are still an emerging industry. Of course, not all of the OHM forks that pop up every week will sustain no matter how many zeroes they add to their APY percentages to attract more people. After all, if there is no demand for a coin and the price dumps down to zero, any percentage you multiply with it is still zero, right?

Oh well, maybe we can count on Omicron DAO to moon again?

As one of crypto's true real-world applications, DeFi brings about massive opportunities. Staking with high returns is one of them. However, as this is a nascent industry, there are definitely high risks.

As a rule of thumb, you should evaluate a risk/reward ratio for your investments before investing in DeFi and crypto. Aim to get your initial investment and some profits out as soon as you hit your targets and then, let the rest run.

However, if it's a project that you plan to hold long-term, it makes sense to stake a part of it, especially if it has no lock-in period. Ready, set, stake!

Did you learn something? Writer Lipsa Das is the founder of Spiritwish, and you can find her on Twitter, LinkedIn, and Instagram. Of course, don't forget to subscribe to the weekly Hedgehog newsletter! 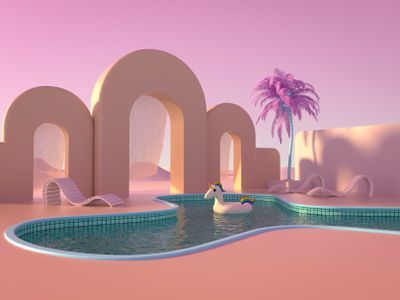 The Secret Meaning Behind Cardano's Name and Logo 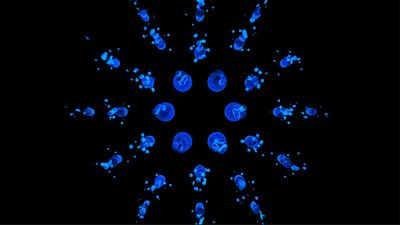 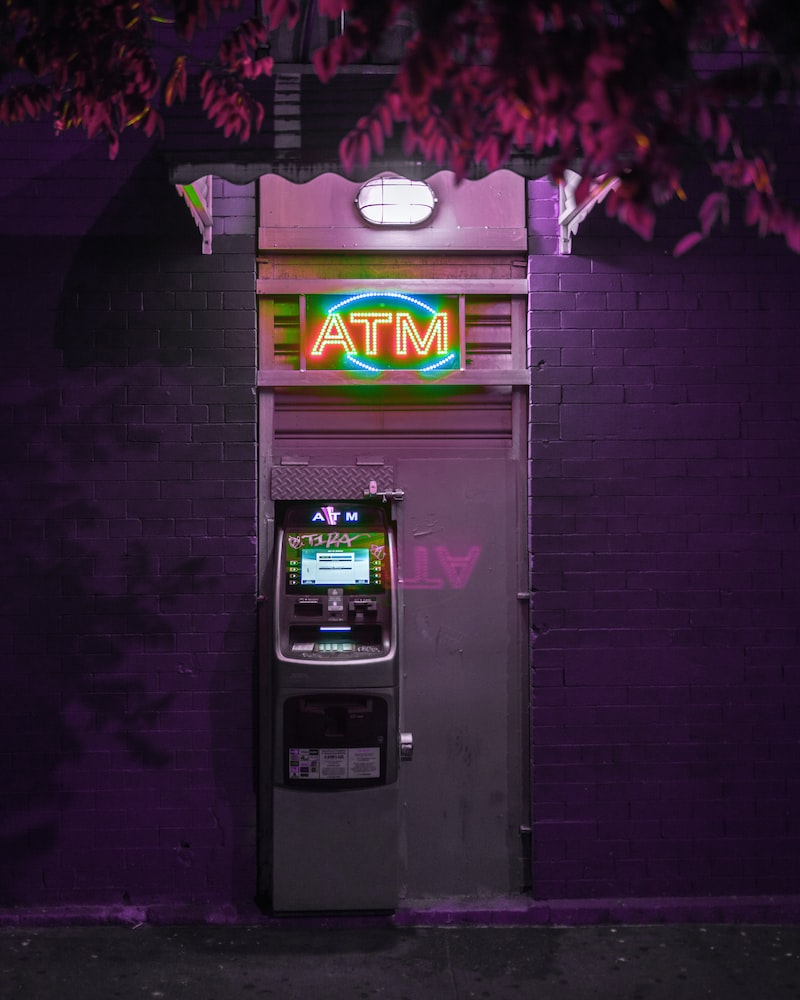 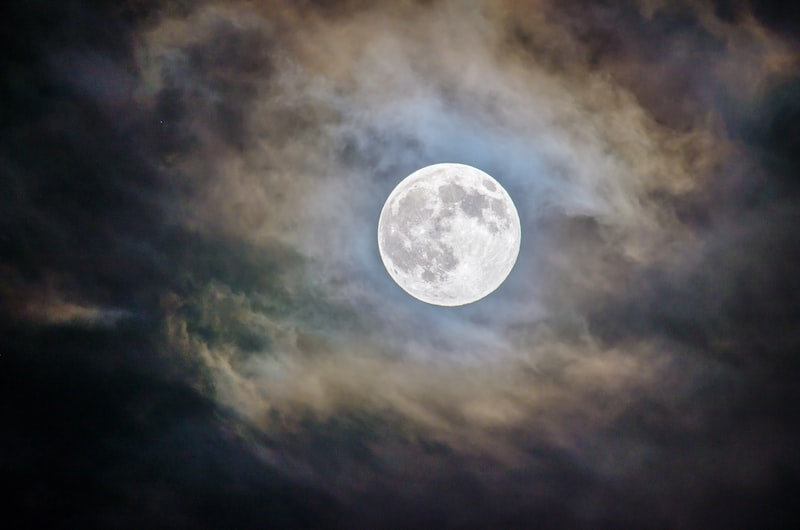 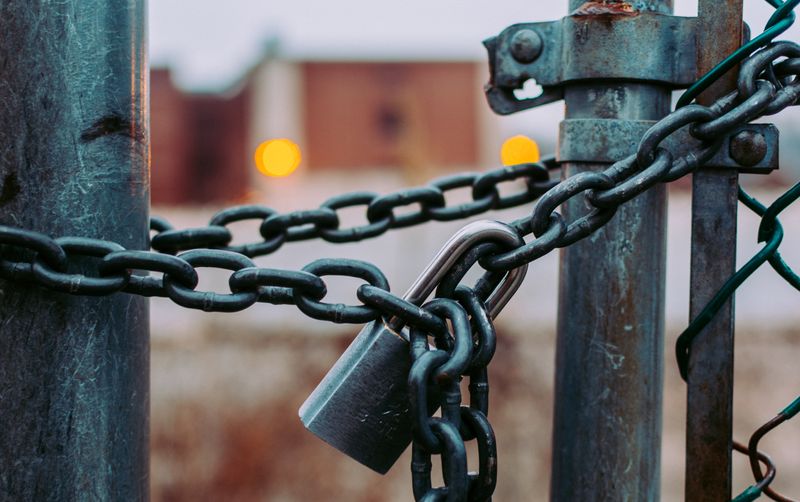