NFTs are now bigger than they've ever been before. January 2022 marked an all-time high at $6 billion in NFT trading volume — an insane amount of money. As you would expect, this has attracted the eyes of the powerful, rich, and most notably famous.

However, the NFT celebrity mania is showing signs of hitting its peak… hopefully. Justin Beiber snagged a “crying” Bored Ape for 500 ETH ($1.3 million!!!!) and then proceeded to flaunt it by matching it to his song lyrics. Paris Hilton, of all people, went on the Jimmy Fallon Tonight Show to show off her new Bored Ape. The whole scene felt disgustingly rehearsed, fake, and manipulative.

"Oh you did [buy a Bored Ape]! Is this your ape?" Jimmy Fallon says as he reaches for a printed version of the NFT that has sat next to him for five minutes — he totally didn't notice it there.

Now, the purpose of this article isn't to highlight a gatekeeping issue — I'm happy the rich and famous are entering the space. It will only accelerate mass adoption for crypto and NFTs (Elon Musk, anyone?). However, it must be done right.

Does Paris Hilton actually care about NFTs? Or does her promoting the projects she buys simply make her money while her fans get caught up in FOMO and are used as exit liquidity? I sincerely hope it is the first case.

She has also released an NFT collection — her most notable piece is titled 'My Forever Fairytale'. A childish collage of all of her memories that, for some reason, took her six months to create. Well, whatever went into creating it — it seems like six months well spent as she has sold 17232 NFTs for $11.11, which equates to $191,447.52 in total sales.

As we all know, not every NFT project is about art. Maybe this one provides unprecedented utility. Or does it?

Well, if you buy 'My Forever Fairytale', you'll be entered into a raffle to win prizes from a follow on Twitter to a pair of sunglasses Paris has worn. I’ll leave you to judge if this is “unprecedented utility”. I'm not a Paris Hilton fan, but I can see why some megafans may see this as a great opportunity.

Her other NFTs are far more expensive, one of them having a mint price of $11,111. But this time, the art is worth your time and you are guaranteed to meet Paris at one of her DJ shows. Meaning you're essentially paying $11,111 to meet her. Not an egotistical approach to the project at all. Again, not for me, but I'm sure her fans love this idea.

However, the price point is a serious problem. Sure, people do pay high prices for NFTs but mostly, it is due to the possibility of selling it for a higher price. In this case, if you buy the NFT off the secondary market (rather than at mint), it is still unclear that the benefit of meeting Paris still applies. If third-party buyers don't get this access, the price of the NFT will plummet.

Unfortunately, Paris isn't the worst case of celebrities misusing their fame and power in the NFT space. In fact, I sort of respect what she is trying to do with her first 'My Forever Fairytale' NFT. It’s a low-priced $11.11 NFT for her fans, and this entry point will surely help a new demographic enter the space.

Let’s talk about the real issues in the space…

Twitter shilling has become a natural part of the celebrity lifestyle. Normally posted by a washed up actor, rapper or swag YouTuber, the shill which eventually turns into a rugpull (aka the project runs away with the money) has become an almost weekly occurrence.

For instance, in January, we had rapper Gunna jump in on the crypto craze. This time, much more maliciously than Paris Hilton.

He promoted a coin called PushinPETH, saying, "I know this is gonna fly" and "I wanna C Everybody Win". Before the coin, ironically, rug pulled mere hours into its launch.

Once the project went to zero, he deleted the Tweet and POOF! It was as if he’d never promoted it. There was minimal backlash and even fewer legal repercussions. He denies involvement and claims a hack, but it’s shady, at best.

YouTuber, Coffeezilla, does a great job exposing some high-profile cases, but there aren't enough hours in the day for him to cover them all. Some of his most popular videos expose both Logan and Jake Paul for their reckless shilling and creation of NFT projects.

The older brother, Logan, seems the most obsessed with the space but managed to have some serious shortcomings when releasing his own NFT collection — Cryptozoo. He lazily photoshopped two stock photos of animals and sold them as NFTs, raising over $1.8 million at launch. I'll give it to him —  the photos are kinda cute but once you realize the lack of effort and originality put into the project, you realize how disgusting this move was.

His younger brother, Jake, isn't any better… if anything worse. Once again, the sordid turn of events goes down on Twitter, with him shilling an NFT project called Sacred Devils.

This time, the project wasn't a rug pull. Instead, Coffeezilla managed to prove that Jake had received payment to promote Sacred Devils. This, in itself, isn't a problem. The issue is that he did not make it clear that the Tweet was an ad. That’s illegal.

Coffeezilla suggests that Jake was paid $178,730.85 for this Tweet, while the project has traded around $1.5 million. Meanwhile, the floor price of Sacred Devils has dropped by 2 ETH. The NFT creators and Jake have profited from this collection, while their fans have seen their assets depreciate.

Let me tell you who has done cryptocurrency promotion better. Kim Kardashian… well, okay, she's barely doing it better. The only improvement she did on Jake's subpar promotion performance was that she added '#AD'.

Kim K shilled 'Ethereum Max', a worthless ERC-20 token with no original features and no whitepaper. A clear and obvious scam to anyone who is clued up on crypto.

But Kim's fans aren't clued up on crypto — that’s the problem. She has a huge cult following that will take anything she promotes as a seal of approval from their queen.

Do you know what they got when they bought into the project? You guessed it — a quick and painful loss.

Floyd Mayweather also promoted Ethereum Max through his fight with Logan Paul. Look at that; it’s all come full circle.

However, Binance does not have the reach they need to be wholly successful with this campaign. Those who will come in contact with this will probably be those already in the know. We need fathers, grandmas, and the crypto noobs who ape into shitcoins shilled by influencers to understand. Reaching these people and educating them before it's too late is the hard part.

Has any celebrity done it right?

Thankfully, yes! We've seen huge stars like Jay Z and Serena Williams make it known they're into the NFT scene without pushing pathetic projects onto us. They both have a Cryptopunk as their Twitter profile picture for their combined 13 million followers to see.

Serena even got in on the NFT 'gm' wave with a tweet that got 13.3k retweets. She then announced that she was joining the sport NFT project, Sorare, as an advisor. In this case, you can see that she is getting involved in the crypto space, trying to understand it, and is now helping it grow. And oh yeah, she hasn't promoted a pump and dump — that's good too.

Thus, the best way to promote cryptocurrency? Use it in daily life. Mass adoption requires us to be able to use crypto for payment, so why not start now?

Ashton Kutcher is another example of a celebrity that has been involved in the space the way you'd want someone to be. He invested in Bitcoin in 2013 even after his wife, Mila Kunis, thought it was a 'horrible idea'.

Then, as early as 2017, he was making headlines through his support of cryptocurrencies. He donated $4 million to The Ellen DeGeneres Wildlife Fund in the form of XRP. Speaking on the Ellen DeGeneres Show, he championed the technology, saying that there was no need for a big check and background verification — he just had to click a button to instantly transfer millions of dollars.

A great way to show that you understand a space is through meeting and supporting those who make it what it is. In 2017, Ashton met with BitPay to talk to their team about mass adoption. You can clearly see that his goal is for cryptocurrencies to become mainstream. The natural goal for many crypto enthusiasts.

More recently, he posted a video with Mila Kunis exposing her lack of knowledge about blockchain technology — suggesting he knows what she doesn’t. Until he asks, "Hey babe, what is Ethereum?" and turns the camera round to show the creator of Ethereum, Vitalik Buterin, who goes on to give a long detailed explanation.

The tweet was shown to his 17 million followers, educating them on the technology he clearly supports. This is how you get involved with the space as a celebrity. You make sure you are educated, you integrate with the community and you educate others while you're at it. You have a voice and you should use it for good… not to shill a shitcoin.

How can we fix the shilling?

If this issue isn't addressed, the crypto and NFT space will only make the rich get richer and the poor get poorer. Just like the gold rush, those selling the shovels (in this case, posting a tweet) are the ones making the real money.

If this continues, more and more new investors will be turned away from getting involved. Imagine your first time in crypto was a rug pull from your favorite celeb — you simply wouldn't trust another cryptocurrency. This could be a major barrier to mass adoption.

Maybe, more importantly, a lot of this activity is or should be illegal. Rug pulls should have severe consequences. You shouldn’t be able to advertise anything without making it known. But in this space, we have never seen a major player be prosecuted for what they have done.

Many crypto enthusiasts will shudder at the idea of regulation but the celebrity shill pandemic shows that we need it. We need those who are scamming their fans to be punished.

We also need new laws to be created that deter situations like Ethereum Max from happening. Technically, nothing illegal happened here. It wasn't a straight rug pull, and it was clearly defined as an AD. However, something feels wrong here.

What rules need to be put into place to prevent this from happening? I'm not sure; that is one for the rule-makers.

Possibly projects should be required to at least have a whitepaper and some development before influencers can be paid to promote them. Or maybe paid promotion of cryptocurrencies should be outright banned? However, who can really enforce this?

At the end of the day, you don't see Ethereum or Cardano getting influencers to shill them. If you're promoting your coin through Kim K, it's likely something I don't want to buy.

I don't have the answers but it's time as a space that we find them. 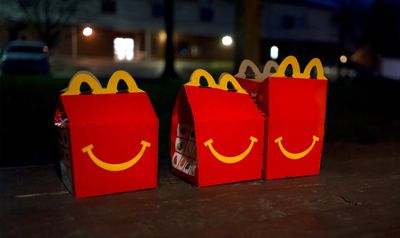