I Used Brave Browser for a Month, and Here's My Review.

Some of our regular readers will remember that I wrote an overview of the Brave Browser and its BAT token. On the back of that, I felt Brave Browser sounded pretty cool, so I I decided to use it for a month and give you guys my full review.

I've been using Google Chrome since I put a finger on a keyboard. Of course, I started with the dreaded Internet Explorer but soon went exploring and found Chrome. In the early days, I experimented with other browsers like Opera and Firefox but always found myself coming back to Chrome for one reason or another.

One of the biggest hassles that prevent people from switching browsers is the switch itself. Moving your extensions, passwords, settings, and more can be a headache.

Brave Browser uses the Chromium engine (the same that Google Chrome uses), which makes the switch from Chrome to Brave super duper simple.

I just needed to click two buttons to import all of my Chrome extensions to Brave. MetaMask, Grammarly, and, funnily enough, even my ad blocker (which isn't needed as Brave has an ad blocker already installed lol). It even imported autofill from Chrome — typing "blog." into the search bar auto-suggested blog.hedgehog.app.

However, Passwords didn't automatically import. This may be due to their strict policy on privacy, etc. That being said, with a quick Google, it was easy to export my passwords from Chrome manually and plug them into Brave.

The most daunting task of the move to Brave was surprisingly smooth for me as a Chrome user. Unfortunately, I can't speak for users of other browsers as you won't as quickly be able to import your extensions as you won't be benefiting from the Chromium engine.

One minor inconvenience was that my top sites weren't imported from Chrome. But, of course, it's simple enough to add these manually, and Brave allows for more spots than Chrome.

Initially, when I added my top sites, they were very blurry. I was concerned this would stay forever but don't worry, they were crystal clear within a few hours.

The Brave home screen has a lot of customization available. For example, you can change your own backgrounds, add "cards", and customize the news section.

I'm quite boring and kept things kind of plain. I liked the default Brave backgrounds that rotate throughout the day — it gave a nice variety and sort of felt like the default Windows lock screen backgrounds.

With the cards, I added my Brave rewards so I could keep an eye on them but I didn't add any of the other cards such as Binance, Crypto.com, or Gemini.

Customizing the news was fun, giving a huge catalog of publications to choose from. It was almost too many publications and was sort of daunting. But as a journalist, it was fun to pick my favorites — despite Hedgeblog not being on there!

One of the reasons I never went back to Firefox back in the day was simply because it was ugly (sorry to anyone who uses it).

Due to the Chromium engine, Brave feels almost like I had never switched at all. It has an almost identical look and similar settings. If you like the look and feel of Chrome, you'll feel right at home on Brave. And, if you don't — welI, I don't know what's wrong with you because it looks great!

Brave claims I have saved an hour of my time since using the browser, but it's hard to tell what that means. Maybe it’s saving me milliseconds here and there, and it is hard to realize it. But I can definitely say the browser isn't slower.

I did have two crashes over the month (within 24 hours of each other), but I'm not sure what the source of this was. One time, I think I clicked on a dodgy site, and it closed as a security measure, but there was no message explaining what happened.

What about the ad blocker?

It works well! I haven't had any ads on YouTube, other OnDemand sites, or on many sites at all, to be honest. The odd ad slips through but I'm being paid for it — a sweet little 15% of what the site has paid.

Twitter feed ads weren't blocked, but due to the lack of tracking, I found they were less personalized, which, surprisingly, made for a more enjoyable experience. I thought it'd be the opposite, but it's great being easily able to distinguish between an ad and what is not. Previously, ads were so targeted they just felt like another Tweet in my feed.

How Much Money Did I Make Using Brave Browser?

I bet this is what you really came here for. I wouldn't be surprised if you skimmed all the way down here to read this.

First, let’s talk shop. Setting up the rewards scheme was super easy — I didn't even need to create a wallet to start with — although you will once you want to deposit them somewhere. When setting this up, you choose how many ads you want to see per hour. I put this to 5 ads an hour which is the second highest option.

It is worth noting that some ads (that you are paid for) will pop up as windows notifications in the bottom right. These are normally crypto-related ads — i.e. Buy the Ledger Nano S — these can be annoying at first, but you soon learn to ignore them. Like we did in the era of ad block.

Setting up the creator feature was also pretty easy on my Twitter. However, I struggled with setting it up for other sites. As a result, I disbanded the idea — which could be a barrier to entry for some.

This could be seen as a negative, but it ensures that there are no low-quality sites on the creator scheme.

Through August, I received 0.62 BAT ($0.20) in tips! I have less than 450 followers on Twitter, and I'm sure only a handful of my followers use Brave — so larger creators could expect significantly more.

For non-creators or small creators (such as myself), most of the BAT you earn will come through the rewards program — being paid for ads. In the month of August, I made 3.75 BAT ($1.24)! After seeing this, I am considering putting my ads per month up to 10 (the highest) to see how much I earn.

So for the whole month of August, I earned 4.37 BAT ($1.44) just for using a web browser. Of course, that isn't a lot, but it's infinitely more than I was getting when using Chrome.

You also must remember that the BAT token is susceptible to volatility (as every cryptocurrency is). I say this because, of course, the price could go down but also up. BAT's all-time high was $1.92 – if it returns to that price my 4.37 BAT will equal $8.39 for a month of browsing — neat!

Is Brave Browser Worth It?

As a Chrome user, it has been the smoothest transition I could have hoped for. I feel like I'm using Chrome but with a better home screen, fewer ads, and more pennies in my pocket.

Not relying on an ad blocker has been an underrated benefit to the Brave browser. I'd previously used free chrome extensions that let many ads through the net and interfere with my user experience. Brave is the opposite. All ad blocking is done in the background, completely hands-off. I've not even had a site prevent me from entering because of my ad blocker. For that reason alone, I think Brave is worth it.

I think the speed advertising may be overemphasized as (other than Internet Explorer) I've never really had an issue with a browser's speed.

Finally, using Brave Browser feels great as I'm using a crypto-backed product in my everyday life. I'm a crypto maxi, I think we're going to see mass adoption one day. Products like this are why I think that. Your everyday services can benefit by interacting with the blockchain in some way or another. And Brave Browser shows how crypto can help internet browsing. 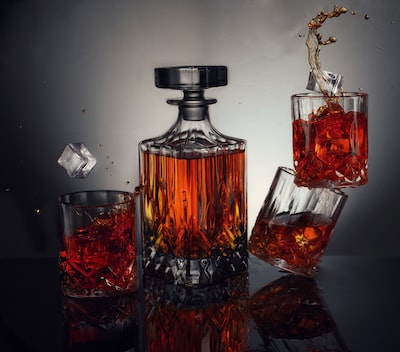 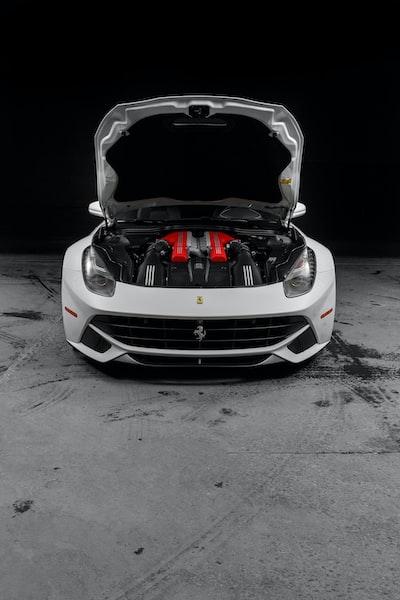