An Arabic ENS Domain Sold for 100 ETH. Here's Why.

Learn why everyone is so excited about Arabic ENS domains.

You may have seen some of your favorite ENS Twitter accounts suddenly speaking in Arabic over the past month. Maybe you've seen them adding keffiyehs to their profile pictures. Possibly even a few Arabic memes popped up in your feed.

But why? Where has this all come from?

Arabic ENS domains have been soaring in popularity recently. Off the back of the English 10k Club hype, Arabic domains started to fly off the shelves. We started to see history repeat itself with the first 10,000 Arabic digits selling out alongside an influx of users buying Arabic words.

"I knew [after being] in the 999 Club — what really accelerated our growth was large sales." He told me, "I saw 007 (in Arabic) sell for around 35 ETH. So, I tweeted asking 'how much do you think ٠٠٠ is worth?' From the response I got from the community, I decided to list it for 100 ETH."

Despite being attached to the grail, Leo wanted to sell the domain to raise the tide of the Arabic 999 Club — a noble mission. Immediately, he received an in-DM offer for 70 ETH but that wasn't enough to tempt him. He was tempted, however, when he received an offer from Bloom Capital offering a Bored Ape (worth roughly 90 ETH) for the domain.

"My issue with that offer was that it wouldn't be on-chain," Leo said. "I wanted it to be locked into the history of the club. So, I rejected it."

Then Twitter user MYC entered the room. He logged onto OpenSea and bought the domain for 100 ETH.

"I believe it's added a lot of credibility and attention to the club," Leo told me. "I've done a plethora of interviews because of it — I've also done Twitter Spaces because of it. Articles are being written because of it. That's what I wanted. I wanted publicity for the club. So, I was willing to let it go cheaper than what I think it's worth."

The Link Between English and Arabic ENS Domains

When western investors started buying the Arabic 10k, they found that the Arabic numeric system is very similar to the English one.

"English" numbers actually originate from the Arabic numeric system. In fact, the numbers we know today are actually called Western Arabic numerals. Because of this, some numbers look similar in both "English" and Arabic.

One reason people flocked to non-English ENS domains is because of the FOMO after the English 10k Club hype. But why choose Arabic and not Chinese or another language?

"One of the selling points was [people on Twitter] sharing photos of guys in Dubai, Abu Dhabi, etc., saying 'oh man, when this oil money comes in?'" Leo said, "[What happens when] the same guys who are spending millions on number plates, discover there are numbers on the blockchain? What about when they get Web3 identities?"

And the Web3 community put two and two together.

Of course, it helped that some Arabic speakers had a name for spending big bucks to flex. Rolex has even identified this loaded investor market and has made Arabic watches — Jay-Z has been seen wearing one.

The Arabic language is actually used a lot… like, a lot. Not only do most Middle-Eastern countries speak Arabic but also most Muslims will speak it. This is because the Qur'an is mostly written in Arabic, many Muslims learn passages and pray in Arabic. Devout Muslims pray five times a day in the language — if you haven't heard it, give this a listen, it's beautiful.  As a result, Arabic has a deep connection to Islam.

"There's a lot of significant religious meaning tied to a lot of numbers, such as the number 7." Leo told me, "there was also certain dates that mean something in the Islamic faith. Whether it's when the you know, the Prophet Muhammad was born or when a certain battle took place or an event took place."

It's not only numbers, we are also seeing other religious collectables in Arabic being highly desired, Leo has got involved with that too — collecting both Quaran and Bible in Arabic.

Before you try to buy yourself some Arabic ENS domains, you need to be careful if you don’t know the language. Words don't always have a literal translation.

"Famously, there's someone who tried to register Oil Kings but actually registered king of lubrication, or something like that." Leo laughed, "the Arab people in the ENS community had a massive laugh about it."

So, I'll echo what your Spanish teacher used to tell you — stay away from Google Translate!

Another issue you may run into is how two words combine together. In the English language, any two words can go side by side or be separated with a dash, but not in Arabic.

"Arabic is like art, it's almost drawn more than it's written." Leo told me, "this means that when there's a space between two words and you remove it, the words will link, and that becomes disqualified as a word. It becomes gibberish, essentially — it's actually very difficult to read it when people do that."

This happens with about 80% of words so it really isn't smart to link words together like that.

Hey — we're not done yet. Some words only have one spelling. The name Muhammad for example can be spelt many different ways in English — Mohammad, Mouhamed, Muhamed, and so on. However in Arabic, there's only one spelling — محمد.

With that being said, you should speak to an Arabic speaker before buying an Arabic ENS domain — especially if it’s a word.

Is There Actually An Arabic Community? Or Is It All English Speakers?

We've spoken about this all from a very western point of view, but it's not only English-speaking natives investing in the club. If it was, the hype would be wholly speculation.

But there is a strong and growing Arabic blockchain community.

Unfortunately, the community largely doesn't get the appreciation it deserves. Possibly due to the language barrier — making it harder for our paths to cross.

To find an Arabic Web3 community, you'd have to join an Arab-focused NFT project. This isn't the case in the ENS world. Now, you just need to be on ENS Twitter and you'll see Arab-filled Twitter Spaces discussing the latest ENS trends.

"The unique thing about ENS is when when you start an ENS club, even if you're not part of the club, you still will see people from that club — it's like being in a school cafeteria." Leo said, "even if I'm part of the jocks or the nerds or whatever, I'll still see the singers and the artists. And, I'll mingle with them from time to time. ENS brings everyone under the same roof."

The Arabic community welcomes outsiders to embrace their culture and invest in their domains, you'll often see Arab natives offering a helping hand to Westerners for translations, interpretations, and more. This could be the start of a beautiful symbiotic Web3 relationship.

Future of the Arabic ENS Community?

That being said, the Arabic community has a way to go. They aren't as big as the English blockchain community and have some growth ahead.

"I see ENS as a way to get Arabic people to understand the concept of Web3 identity and use it as a starting point." Leo told me, "we haven't reached any top in terms of education. I did a Spaces and the type of questions I got asked really do show you that there's so much foundational work that needs to take place."

As we all know, education is key to blockchain adoption. Much of the education around this crazy blockchain world is in English — such as our guide to crypto domains. As a result, it's harder for Arabic speakers to find blockchain-specific content.

"There needs to be a famous crypto Arabic YouTuber, who does a 10 video series explaining ENS in detail because when they learn about it, they get addicted. " Leo said, "So, growth in education is going to be the future of the community."

We often talk about blockchain education being the key to mass adoption but forget those who don't speak English. When in fact, non-English speakers take up the majority of the world. For mass adoption, we need all education in all languages. Otherwise, it's just English adoption.

The writer of this article, Ryan S. Gladwin owns an Arabic 10k Club ENS domain. He will not sell the domain within a month of the publication of this article to avoid profiting off any potential hype this piece may cause. 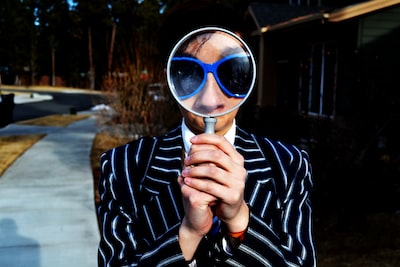 How to research a cryptocurrency: Your DYOR Checklist 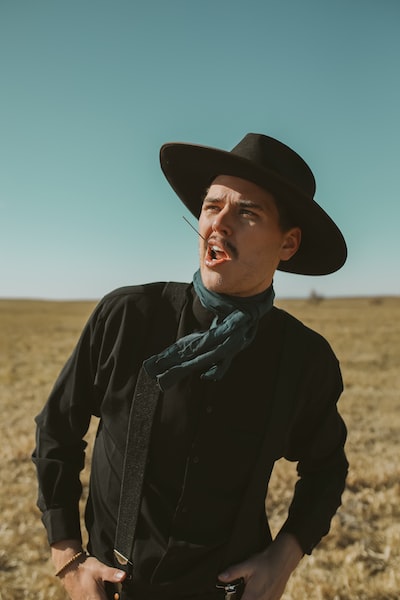 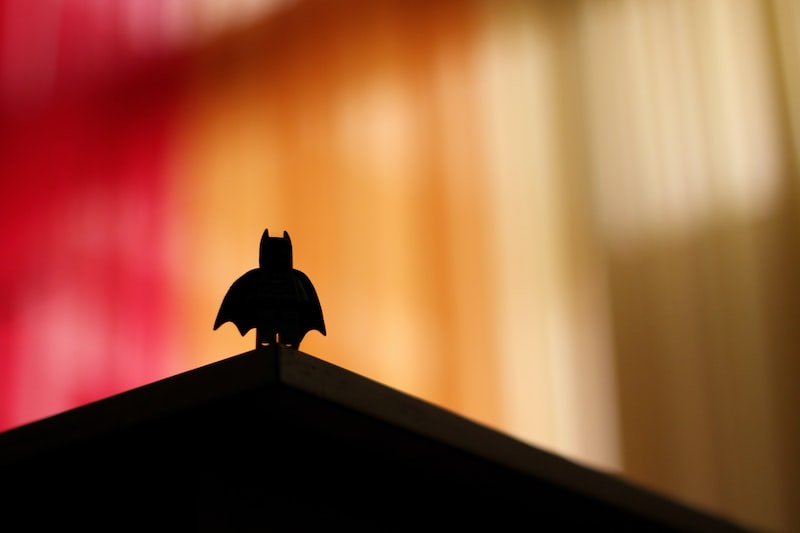 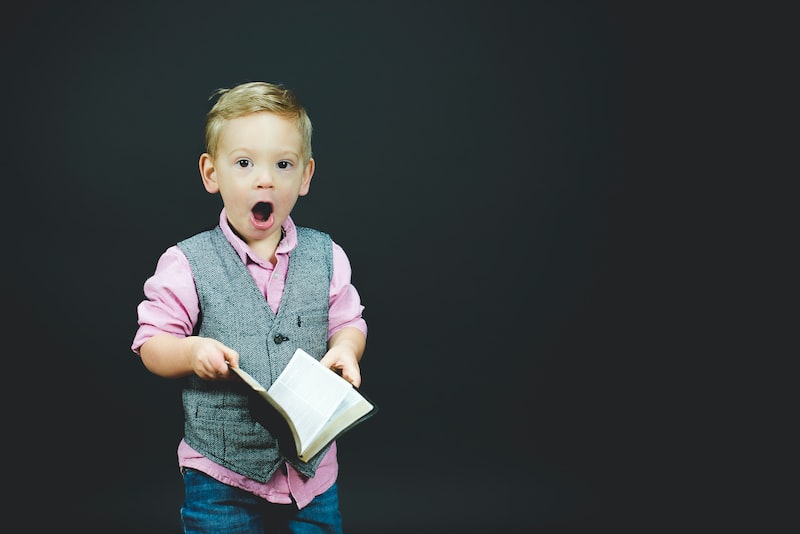 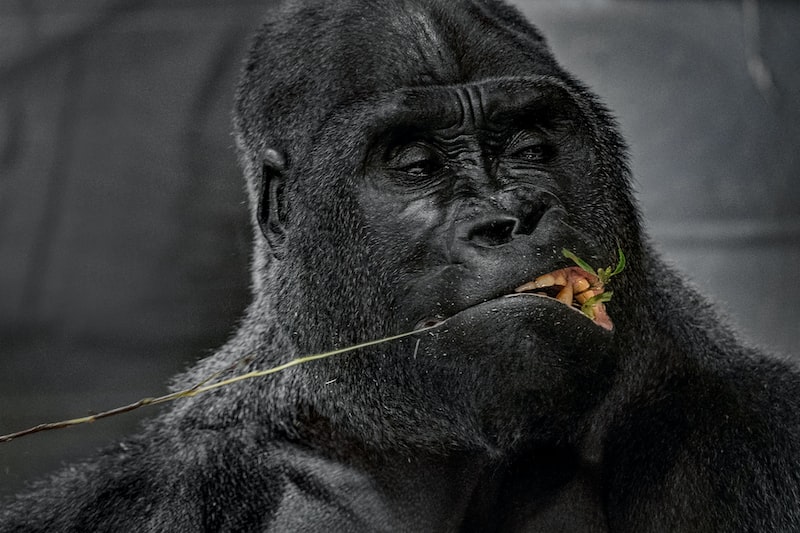